Earlier in the year Google were investigated by the European Commission with regards to “competition concerns” within the EU when displaying search results. This investigation and subsequent report identified four key areas for improvement to Google’s Search Results to help make them more competitive. For the full report and details of the requested changes by the European Commission, view it here: http://europa.eu/rapid/press-release_MEMO-14-87_en.htm

I have seen a variety of changes whilst monitoring clients ppc campaigns recently with some very radical changes that I personally feel may be moving away slightly from what the European Commission have set out to achieve.

One change that we have seen at TWDG recently is the prominence of Google AdWords Product Listing Ads (PLA’s) appearing above the generic text based ads in search results. Over the past few weeks we have seen this prominence increase for results as illustrated in the screen shots below. 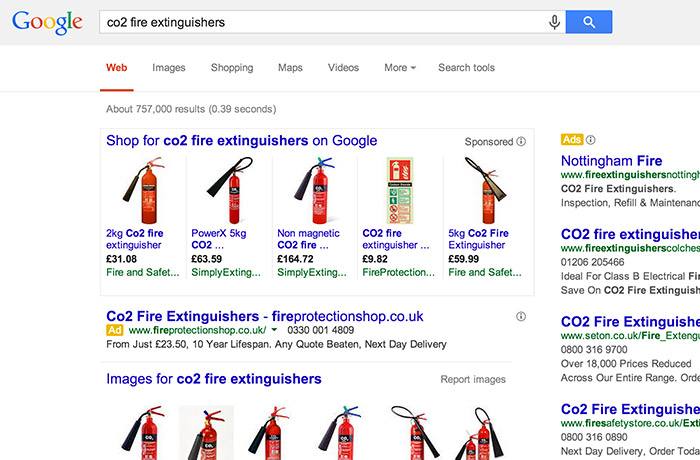 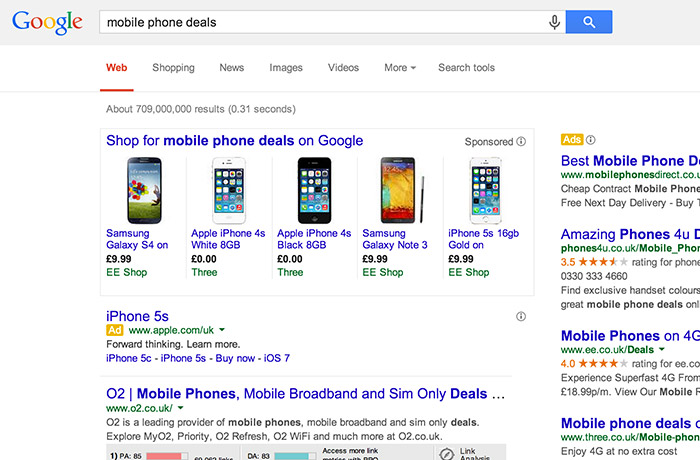 A very interesting Ad that has only just appeared sparks a what could be a very heated discussion, especially amongst comparison web sites in the UK. Whilst completing a quick search for Go Compare this week to look up a car insurance renewal, I noticed a Google Comparison ad that was obviously bidding on competitor brands. I did a further search for other brands such as Money Supermarket followed by a generic term; ‘car insurance’ which displayed the ‘Comparison Sponsored Ad’.

Below are screens shots of the new type of ad, which I have not come across or even seen mentioned before. 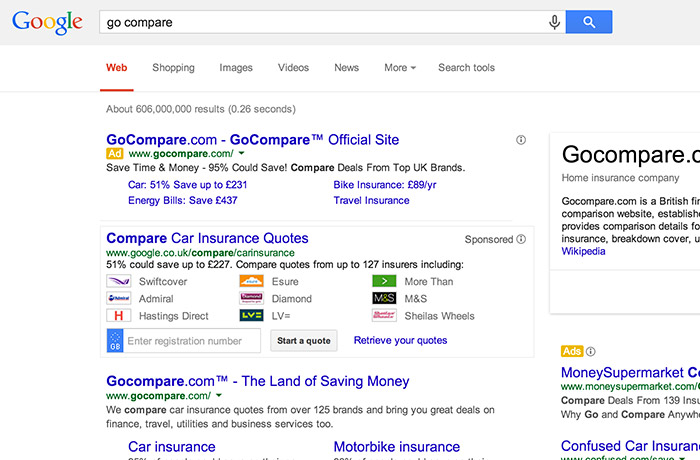 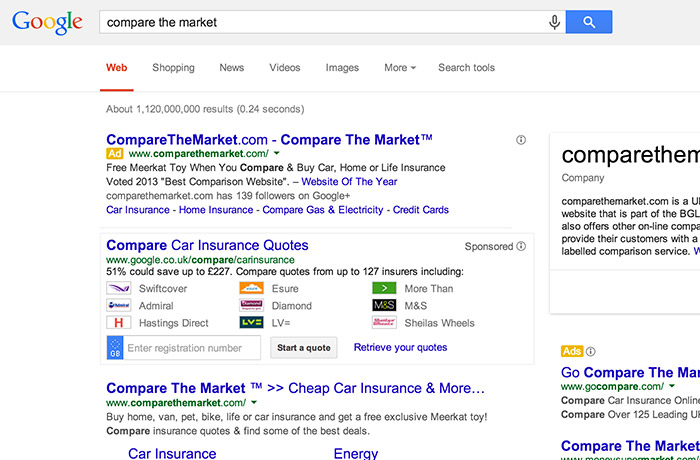 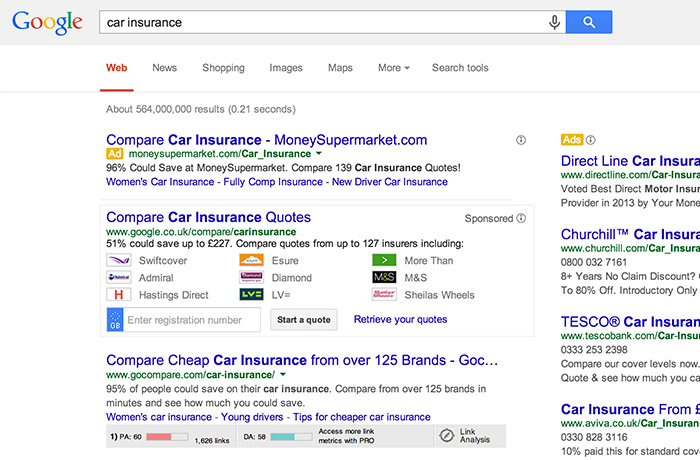 I looked further at this ad and was shocked at the results, the ad was Google’s own comparison engine for their own car insurance website.

It would appear then that Google have or are moving in to the Affiliate Marketing arena with their car insurance comparison site: https://www.google.co.uk/compare/carinsurance. 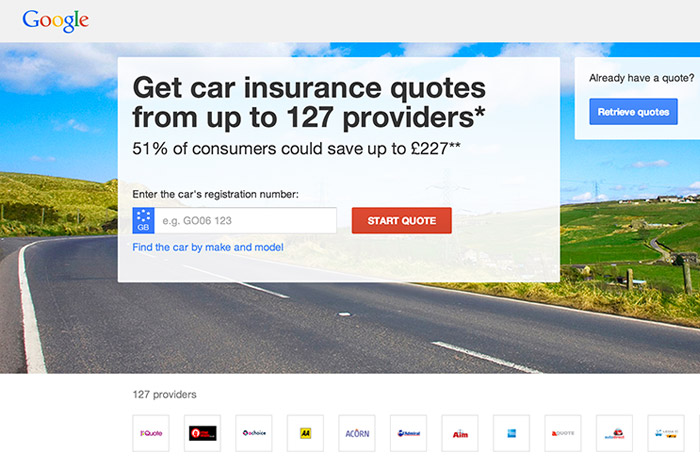 It would seem that the Google Comparison Ad detailed above is going to massively influence behaviours of people searching, driving them directly to Google’s own car insurance comparison engine over competitors. The possible issue for Google is that these competitors do not have this ad available, which could raise a whole host of new complaints from competitors and the European Commission.

Google have recently announced two new user based extensions, they are ‘User Reviews’ as detailed here: http://adwords.blogspot.co.uk/2013/06/review-extensions-new-dont-take-our.html and ‘Consumer Rating Annotations’ which can be read about in more depth here: http://searchengineland.com/google-adwords-customer-ratings-annotations-debut-us-uk-canada-186137. I have only just seen the Consumer Annotations in search results in the UK which can be seen in the screen shot below, along with what seems to be an Award article being displayed as an extension. 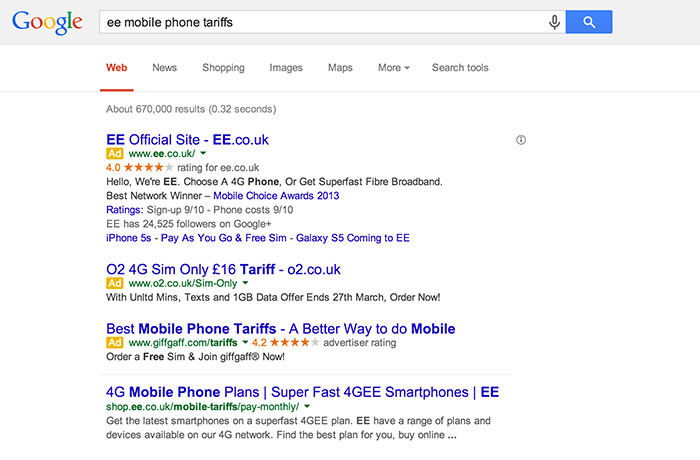 We have seen a huge amount of activity recently with Google trialling a variety of new features, but the question is, are these changes are here to stay? Google have finally said that their ‘Giant Banner Ads’ were a test that is now over, so we know that they are not afraid to shelf ideas. You can read more with regards to the Giant Banner Ads here: http://searchengineland.com/google-confirms-giant-banner-ad-test-dead-186329.