The ZTE Open is one of the first mobile phones released to the public running the FireFox OS, a mobile, web based operating system from Mozilla. The FireFox OS is a web based platform, which for me as a Web Designer / Developer means a lot, as I am now able to develop smartphone applications for a platform with my current knowledge base in languages such as HTML5 and CSS3, creating rich apps in the same way that I can create websites.

The ZTE Open is more of a developers handset, for early adopters like myself to get hands on with FireFox OS and start developing apps, which is my aim over the next few months.

Now I finally have my ZTE Open, here are a few unboxing images and of the handset powered up with FireFox OS running. 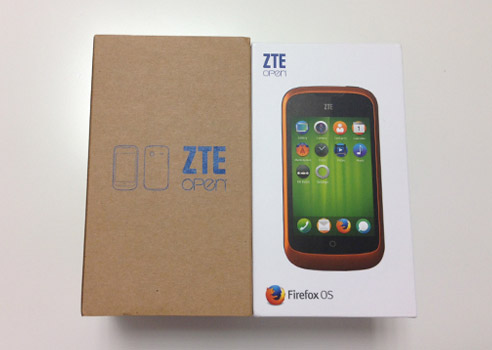 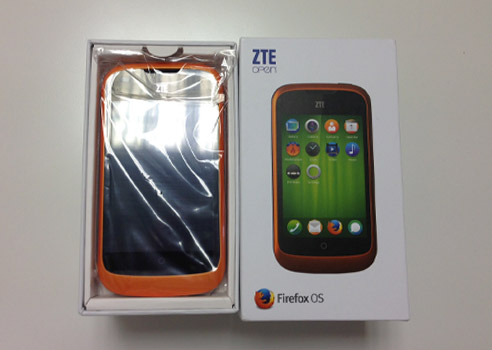 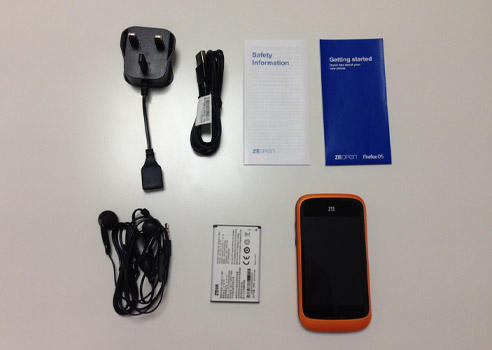 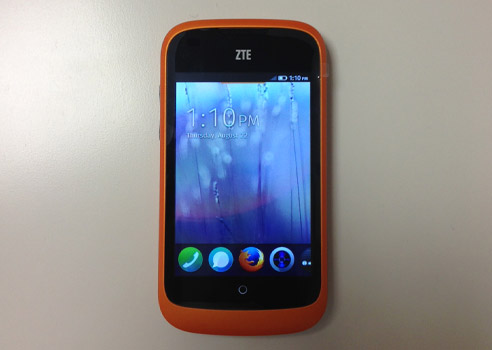 The specification for the ZTE Open handset is detailed below:

So FireFox OS has been designed as an open source, collaborative platform bringing a ‘superior browsing experience to your phone’. The idea that a huge industry of creatives and developers can contribute to the OS and the applications that not only run on this platform, but also on the web and multi devices seems like a great USP, but is also the factor that may sink or swim.

For developers interested in publishing or creating for FireFox OS, visit the Mozilla Developers site: https://developer.mozilla.org/en/docs/Mozilla/Firefox_OS

My initial thoughts on the ZTE Open handset is that its a nice, budget smartphone and competes well in the market in the £70 to £120 budget range. Its a light, well made device and is styled very similarly to the old HTC Wildfire. The screen quality is comparable to handsets in the price range and the responsiveness is pretty good.

The few issues or problems that I have personally are with 2 main aspects of the OS or they may be down to the lower end hardware. They are scrolling, which is super annoying, select inputs that scroll tend to go past the digit that I want, along with a scroll that seems to continue going after i lift off my touch input, or even stop movement on screen. The second is purely down to my fat fingers, input with the keyboard is especially difficult on the screen, pressing incorrect keys is an often occurrence. An obvious drawback is the amount of apps available on the marketplace due to this being a very new OS in its early development stages, but has some promising, big names onboard: http://www.mozilla.org/en-GB/firefox/partners/.

My initial thoughts on FireFox OS is that its as featured packed as other mobile operating systems on the market such as Windows Phone and Android and is very similar in aesthetic, functionality, features and structure as Android. I expect that the OS may not get the moment it requires to impact in the current mobile market, especially with well established platforms being around for the time that they have, but only time will tell. From my perspective its a great platform that as a Web Designer and Developer, I can finally publish some apps on a mobile OS in HTML5 without the requirement of learning any new languages.

Where to Buy FireFox OS Handsets

You can purchase the ZTE Open direct from ZTE UK via their eBay store here: ZTE UK eBay Store

The GeeksPhone handsets are available direct from GeeksPhone via their website here: http://www.geeksphone.com/.

Please be aware that stock is an issue with these early handsets, with developers snapping them up as soon as they appear in stock, so sign up for stock notifications and be quick to buy one when they do appear in stock.